"When we move in love, we can move mountains," says fellow blogger Suzy.

Whatever "mountains" we may be facing in our lives, we can overcome them.

Facing a "mountain" in your own life?

Staring at it won't move it.

Ignoring it won't move it.

Cursing at it won't move it.

Taking action will. Fearing it will only make it grow bigger, making it even more of a challenge to overcome. And the sooner you act, the better. You can stare, ignore, and curse all you want, but until you take some kind of step toward removing it, it will loom over you indefinitely, haunting you like some specter.

Mountains give the illusion that they are large as they cast their dark shadows over us. We are so busy cringing in fear that we fail to see the possibilities. We see only impossibility. 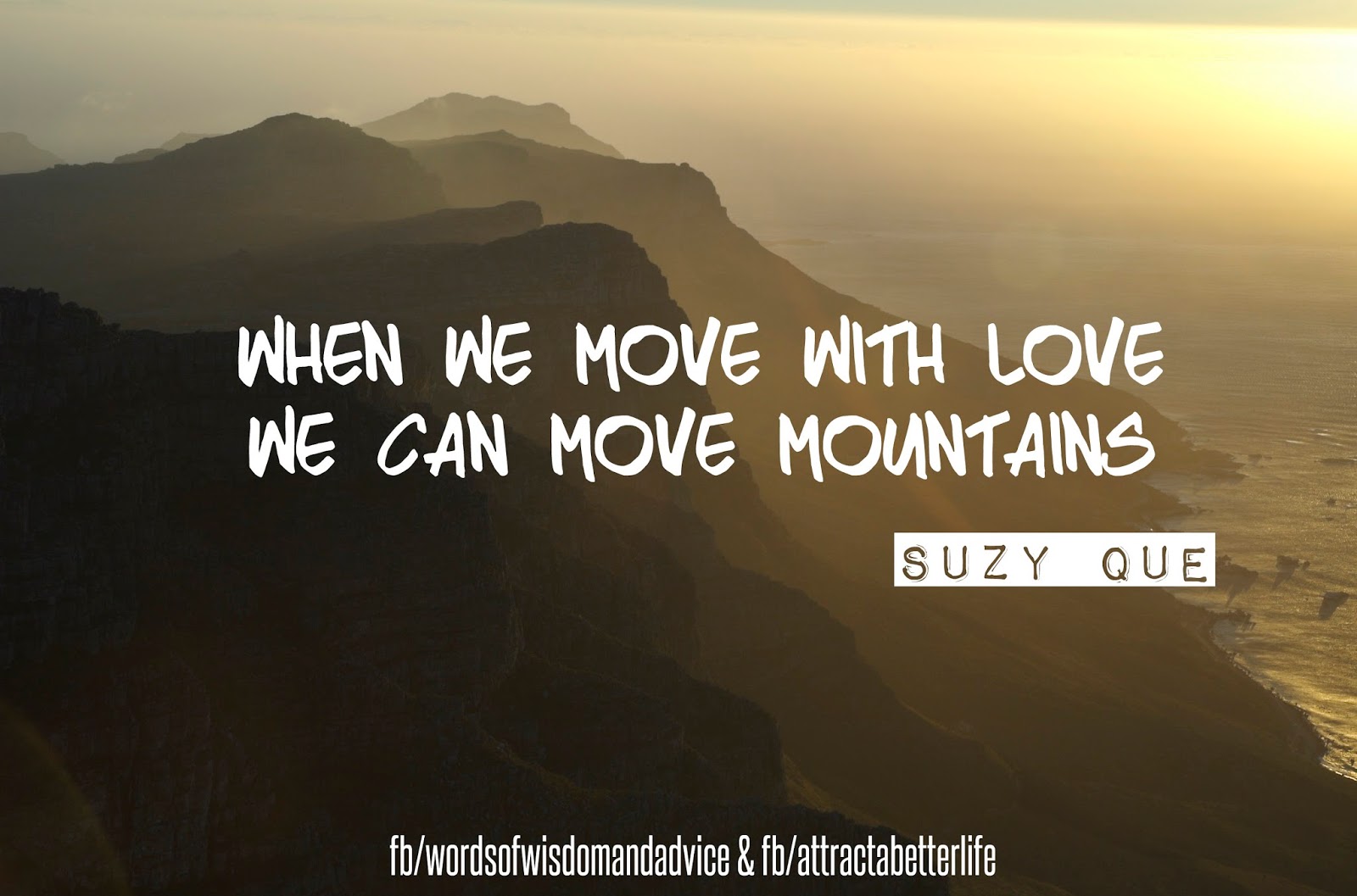 But no mountain is too large. Confucius said moving a mountain begins by carrying small stones. In other words, start by taking small steps. Approach it systematically, not fearfully. Break it down into manageable units so as not to overwhelm yourself.

Understand your part in creating it. If you are facing a mountain of debt, examine the actions you took to build it.

Understand your part in dismantling it. After you examine the actions (and beliefs) it took to grow that particular mountain, it's time to take responsibility by reversing those actions. Own them and move forward by changing your perspective from one of fear to one of acceptance. Becoming aware of past actions will help you to avoid repeating them in the future.

The most loving thing you can do is to take action. With each step you take, that mountain begins to disappear, until you are back on top of the world.


What "mountains" are you facing in your own life? And what steps are you taking to overcome them?

Posted by pennymcdanielspiritualguidance at 11:01 PM

Promote Your Page Too